Pentatonic Scale was my collage for the CF6 Collagistas Festival (collagistas.com) . It’s perhaps the most ancient and universal scale we know of. Though it’s commonly used in modern music, the pentatonic scale is a senior citizen in the world of music. Despite its ancient origins it is as fresh and new and useful today as it has ever been. It is also universally pleasant-sounding and easy to layer over chords and other scales. It offers a fantastic improvisational framework for blues, rock, jazz and beyond!
Pentatonic scales occur in Celtic folk music, German folk music, Nordic folk music, Hungarian folk music, West African music, African-American spirituals, Gospel music, Bluegrass music, American folk music, Jazz, American blues music, rock music, Sami joik singing, children’s song, music of Southern Albania, folk songs of peoples of the Middle Volga area, the tuning of the Ethiopian krar and the Indonesian gamelan, Philippine kulintang, Native American music, melodies of China, Korea, Laos, Thailand, Malaysia, Japan, and Vietnam (including the folk music of these countries), the Andean music, the Afro-Caribbean tradition.
Also the music of ancient Greece and the Greek traditional music and songs from Epirus, Northwest Greece where I come from. Going to Belgium for an exhibition I wanted to dedicate this collage to my grandfather for the difficult experiences he had to live there working as a miner. 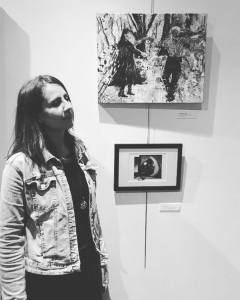 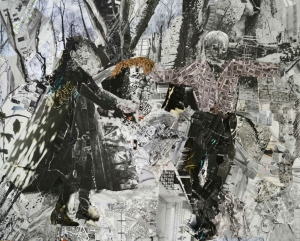 FacebookTwitterLinkedinRedditTumblrGoogle+PinterestVkEmail
This website uses cookies to improve your experience. We'll assume you're ok with this, but you can opt-out if you wish. Accept Read More